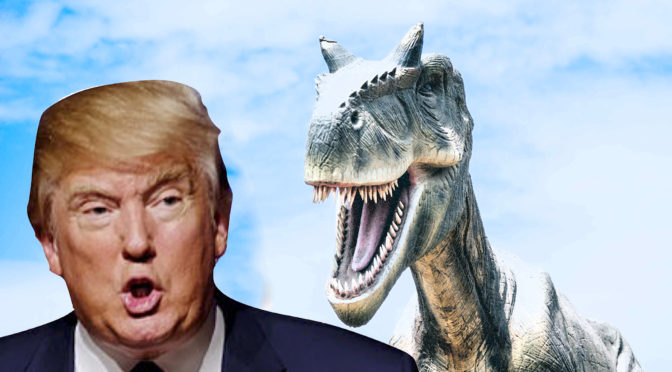 The upset over the latest  rude and crude behaviors and insults of Trump has not died down yet.
There is no need to get mad every time.
Rather than getting embarrassed or angry after each new incident it behooves us to analyze why the same or similar incidents keep occurring.
It is a classical lowlife negotiating style that should have died off with the dinosaurs rather than being reactivated with the current president.
It is the classical negotiating style that cutthroat enterprises have used for decades.
It consists of:
lies and subsequent denials on the order of “I didn’t say that
fake press made it up,  even if it was captured on video
the Mexican President agreed to build the wall and to pay for it
I am right and everybody else is wrong
I am the only one who can fix all the problems and everybody else is an idiot”, with fans and followers cheering
intimidations against opponents or people who disagree, with threats of prison, lawsuits and bodily harm
misleading one’s negotiating partners into believing that an agreement has been reached and then embarrassing them by denouncing those partners after they had announced the agreement lying for no reason just to throw people off.
not honoring the contracts that were made, signed and agreed on which blackmails the contract partners.
being a racist and catering to white supremacist groups to get an advantage
attempting to reduce women to 2nd class status to make them more compliant and dependent
being an absolute dick towards everybody for personal gain
profiting on the order of the end justfies the means and
everything goes as long as me and my friends profit