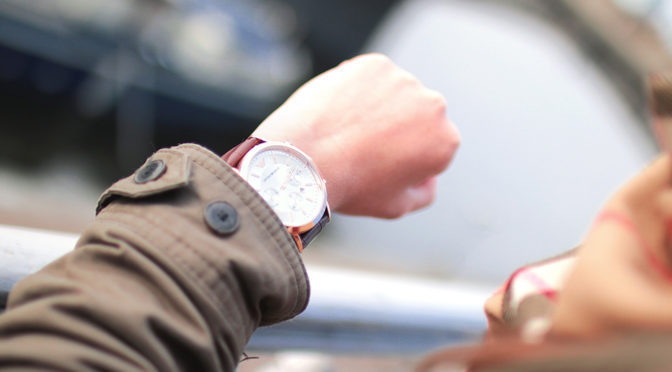 What are you: Punctual or Late? Some people think that being a few minutes late to an appointment is a character flaw. They see it as a sign of disrespect of their time and their person. In today’s world with traffic and distractions everywhere it is a constant struggle to be on time.
There are legitimate excuses for being late; accidents, late buses, traffic, stuff. I have to have another approach for it. I try to be on time but I cannot live my life under the stress having to be somewhere on the dot. At an airport, sure. The plane won’t wait. But meeting a person, going on an appointment, please, let’s be civil and allow a few minutes leeway. In Germany we have a grace period. It is called the academic 15 minutes. It is such a great tradition. You have a 15 minute buffer. And what a relief that is. It gives people time to get ready for the visitor. They don’t have to rush last minute and can compose themselves for the appointment ahead. The visitor or client can arrive composed and relaxed and not be harried because the entire time to get there had been a race against the clock. Let’s not forget that time is a construct. We made it up. Let’s cut each other some slack. A few minutes either way does not make the world come to an end.

2 thoughts on “What are you: Punctual or Late?”