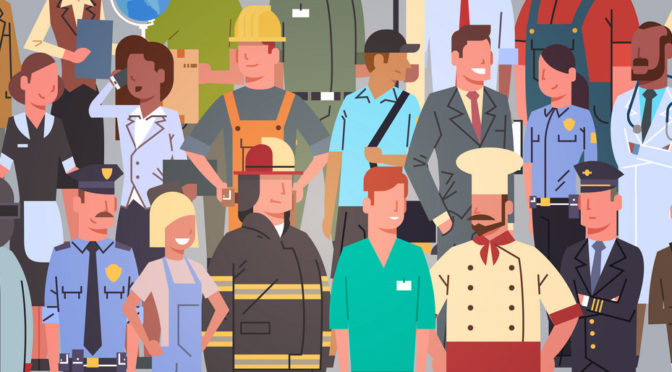 In the United States it has been unpopular to think of American society as divided into economic classes.
It flies in the face of what the United States of America believes it stands for
and what we value: equality and equal opportunity.
The class system is not obvious and gets obscured because the working class and the middle class are pitted against each other via race, religion and sexuality.
Consequently, groups in the same economic classes have animosity and often experience hatred while the super-rich are very much united.
It serves the profit margin of the super-rich and corporations when the lower and middle classes are in conflict and battle each other.
The enthusiasm for poverty of the favored lower income group shows just how well the divisions work. They vote against their own interests over and over again.
What do they get out of it?
Not much. They get the satisfaction that they can call themselves better than others who are not like them. This favoritism plays out against skin color, education, gender and religion.
This plan to eliminate the social safety nets for the poor and the middle class has been in the works since the 1950-1960s when, after the Great Depression, some public resources had become channeled to the working people for their security.
It was to be a buffer to protect workers against the highs and lows of the job markets.
Time and time again the group that thinks itself better than others believes that the powers-that-be, corporations, politicians and factory owners, would take care of them if only they supported them through their votes.
That is far removed from reality but so far pointing out to them that they are in the same boat with all of us has fallen on deaf ears. They prefer to look through their rose-colored glasses.
We hope that sooner or later people will wake up and start watching out for themselves and realize that there is enough for all of us.