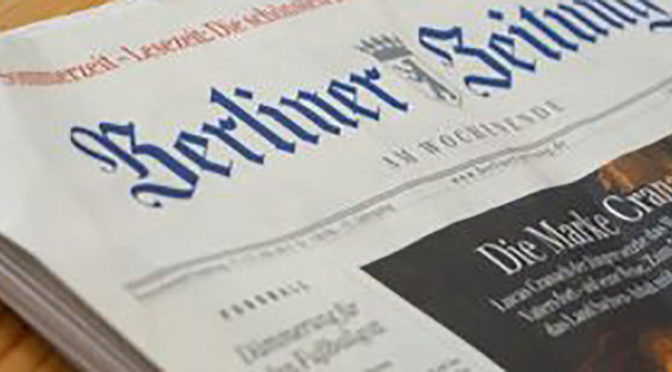 I am from Germany. Germans read the obituaries.
San Francisco Chronicle newspaper has the greatest obituary page.
People who died have their pictures there. Some have recent pictures and some have pictures when they were young. The descriptions of their lives are moving and admirable.
They were great people who had great lives.
I also look at their birth years and I am amazed and heartened by the longevity of so many older people.
There was a time in the not so distant past when 70 was old and people were pretty much done.
Now I see a lot more people in their mid to late 90s.
A French woman and twins in Africa were recorded to have lived to be 122 years old. Maybe it is possible.
The fastest growing age group in the United States are people
over 85 years old.
The second fastest are the people 100 years old and older.
That requires preparation and forethought, from us as human beings, from society and from a money standpoint.
We have to insist that people don’t start treating us as feeble because our skin aged.
Getting old does not mean that disease will invariably happen.
It does not mean that vitality will be gone and that people become old-fashioned and stop learning and growing.
Many are not attached to the good old times.
Now are the good new times.
In our society we have to respect old people for their insights, wisdom and for their contributions they have made. They are survivors and they are role models. And they need to be treated with the respect and value that they have earned.
Money to support the lifestyles of the old people has to be there.
It has to be planned through social security, retirement incentives and services.
A society as wealthy as ours has to take care of people who have worked all their lives and contributed their work and their efforts.
It can never be in doubt.
No discussions about it.
We older people have to disrupt our own perception of aging more than anyone else.
We have to work out, find sports activities that we want to do 4-5 times a week.
We have to eat right and support our health through nutrition.
We have to focus on well-being and preventing disease as much
as it is in our hands.
And we have to have fun and reach out and participate in our environments and with people of all ages..
Our job is to create lives we love and to live it by example.